Not Everything in life is a ‘conspiracy’ but a lot of geopolitical events end up being just that. The latest conspiracy was the Jeffery Epstein Suicide. Others Conspiracies that are now declassified like Gulf of Tonkin Incident or the Fire Bombing of the Reichstag building. Here is an Independent Investigation that just was released covering the Structural Collapse of The World Trade Center Building 7.

A Structural Reevaluation of the Collapse of World Trade Center 7

The objective of the study was threefold: (1) Examine the structural response of WTC 7 to fire loads that may have occurred on September 11, 2001; (2) Rule out scenarios that could not have caused the observed collapse; and (3) Identify types of failures and their locations that may have caused the total collapse to occur as observed.

The UAF research team utilized three approaches for examining the structural response of WTC 7 to the conditions that may have occurred on September 11, 2001. First, we simulated the local structural response to fire loading that may have occurred below Floor 13, where most of the fires in WTC 7 are reported to have occurred. Second, we supplemented our own simulation by examining the collapse initiation hypothesis developed by the National Institute of Standards and Technology (NIST). Third, we simulated a number of scenarios within the overall structural system in order to determine what types of local failures and their locations may have caused the total collapse to occur as observed. 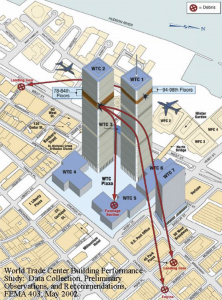 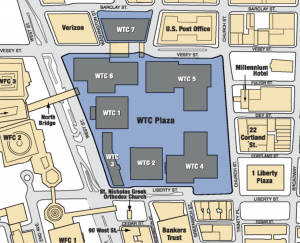 Get live updates and video completely uncensored and delivered to your inbox!